Advantages of working in a Data Office

The data office allows the unified management of public data and has as its main objective the processing of all the information generated in the city, both in areas that depend on local government and those that do not. This allows the subsequent analysis of the data and the preparation of reports that are delivered periodically to the different sectors of the administration. In this way, officials obtain a situation diagnosis that allows them to take the measures to solve the challenges that arise.

Demonstration of benefits generated by a Data Office

The place where the first effect occurs when this office starts up is inside the administration, since each official in charge of a certain area of ​​government will periodically receive a report with the diagnosis of the situation in that area, showing the level current of the variables and their evolution over time, as well as an analysis of the statistics generated. This will allow officials to focus directly on developing public policies that aim to solve the identified challenges, counting on the support of the data office not only to assess the impact of said policies but also to monitor the degree of progress of the projects. The management center dashboard gives the possibility to see in real time the progress of the stages of each project and detect if there are frequent deficiencies in any phase that needs to be improved in order to further streamline the processes. This simplifies the task of studying which are the problems of the area, at the same time that it facilitates the monitoring of projects. It allows officials to have more time and, therefore, to improve their ability to respond to demands.

One of the great challenges of the present and even more of the future is related to the creation of jobs. At this point, a data office can fulfill the fundamental role of providing citizens with information regarding the economy of a city, allowing them to know the dynamics of the local market, which is fundamental when it comes to maximizing the chances of success of an enterprise. Being able to access complete, segmented information with time series of the different economic items present in a city, as well as data regarding the population and its level of income, level of education, demographic characteristics, etc. can mark, in many cases , the difference between the failure and the success of an enterprise. Cities that do not have this service expose their citizens and potential companies to a very high risk when investing. To encourage people to invest, it is necessary to provide certainties, since the more information they have, the less the possibility of failure, and therefore the greater the opportunity to generate new jobs.

Having a systematized record of the types of medical consultations carried out by citizens, the number of inhabitants with diseases such as diabetes or hypertension, infant mortality, life expectancy, etc., will allow crossing geographic demographic data with health problems and devising, in Based on this, concrete action plans in different neighborhoods or in segments of the population of a certain age, achieving direct action on health problems. It is also essential to create direct channels of contact between the municipality and the different actors in society to carry out consultations or to report serious or alarming health problems.

Educational statistics show student performance, attendance level, dropout rate, etc. and they allow us to identify the existence of general problems that may be common to the entire geographical area of the city or to any socio-economic level, or that are specific to students who have some common characteristic. It is with this information, and with the joint work with the education area, that the different difficulties can be specified and the appropriate solutions can be found for each of them.

By regularly reporting waste separation at source, it can be detected how it varies according to the geographical areas of the city and by finding below-average places to carry out a specific investigation to detect the reasons for non-implementation, be they cultural, age, educational, etc .; later being able to design a specific campaign and aimed at that particular area to reverse the situation. What is achieved are better results thanks to the specificity of the campaign and lower costs than a city-wide campaign would imply.

Since governments have less budget than they need or want, efficient use of it is vitally important. For this reason, it is essential to have information on which streets or routes are the most traveled, the structural state of public buildings, etc., and also to know which are the main demands of citizens. This will allow to quickly identify what should be the management priorities and choose the works with the greatest impact to improve life in the city.

Being able to map the most problematic areas with their certain characteristics not only allows prevention work to be carried out, but also to know what are the particularities of the situations in which crimes are committed and to design policies that prevent not only the commission of the crime, but the same intention to commit it.

Knowing in detail the number of people who use the different means of public transport, the schedules and the destinations will allow changes to be made to the schedules and routes, adapting them to the needs of the users. At the same time, knowing the opinion of users will help to identify problems in the services that can be solved from areas outside the transport secretary (for example, problems of insecurity while awaiting transport or problems of insecurity within the transport space ).

The management of road safety data allows not only knowing the number of road accidents and their variation over time, to determine if the rates increase or decrease, but also offers the possibility of mapping the exact places where accidents occur and establishing whether Claims are part of a general problem in the city or if they can be limited to certain streets or certain characteristics, such as places with low light or where there are no traffic lights. In short, the management of security data allows detecting the existence of patterns that warrant the implementation of specific and detailed public policies that allow a great improvement in a short time. 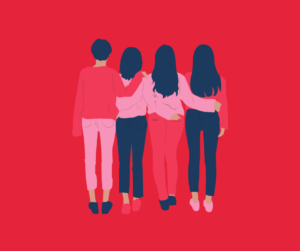 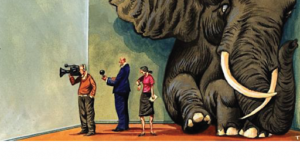 The question we must ask ourselves is: What can we be missing about depopulation? This article seeks to expose such doubt and raise the possibility that there is an elephant in the room of depopulation that no one is looking at.

During the month of April 2021, an opinion poll was carried out with the mayors of Spain with the aim of knowing their perspective regarding the work they do, understanding the challenges they face and identifying particular characteristics of their management 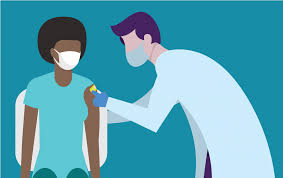 The objective of the work is not only to know what the current perception of the pandemic is, but also to establish a comparison with the results of the same survey carried out in March 2020, at the beginning of the quarantine. 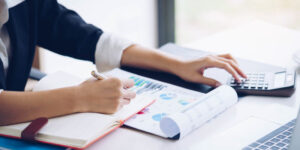 Analysis of the 2021 Budget of the City of Mercedes

The procedures are defined by your budget, what is spent and what is not. That is why it is important to keep the community informed. 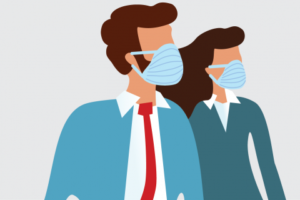 The objective of the work is not only to know what the current perception of the pandemic is, but also to establish a comparison with the results of the same survey carried out in March, the beginning of the quarantine.

Read more
How can we help you?